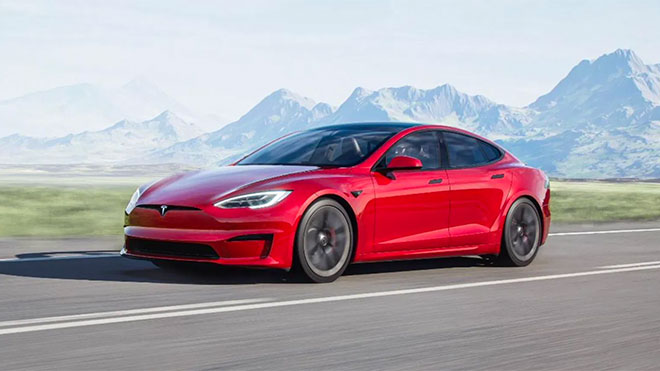 Tesla, who recently canceled the Model S Plaid + version by saying “no need”, made a raise for the Tesla Model S Plaid and took a step back for a speed of 321 km / h.

Recently these curious vehicles Model S Plaid+ came to the fore with the decision to cancel. Now, the normal version, which will be on sale, is on the agenda.

The car brought up two different details. According to the first official statement Model S Plaid version in the USA from 120 thousand dollars not, from 130 thousand dollars will be available for sale. Tesla’s price just before the car’s launch Raised $10,000 case.

The exact reason behind this is unknown. However, Elon Musk states that they did not determine the price increases in Teslas. These increases generally change in parallel with the increase in part prices.

By the way Tesla Model S Plaid, at first It can reach a speed of 321 km / h was launched. Here’s a step back. As far as it is reported, the vehicle will not reach this speed in the first stage.

This is of course not the end of the world. Almost no one needs speed over 140-150 km/h. This may be a cause of minor distress for those who only live on roads without speed limits.

By the way, to remind you again, Tesla launched its camera-based autopilot system last week. Tesla Vision in focus radar announced that they would stop using it.

This transformation was first introduced to the newly released Model 3 and Model Y It starts with the tools. The company now has these models instead of radar for autopilot. from the cameras will benefit.

With the numerous cameras and advanced artificial intelligence systems in every Model series vehicle, the company no longer needs radar data. Camera-based environment / traffic detection according to Elon Musk It works much more precisely.

In addition to the autopilot system that works depending on the radar, it also transfers some security features to the use of the camera. Teslastates that some features will be limited in the first phase of new vehicles.