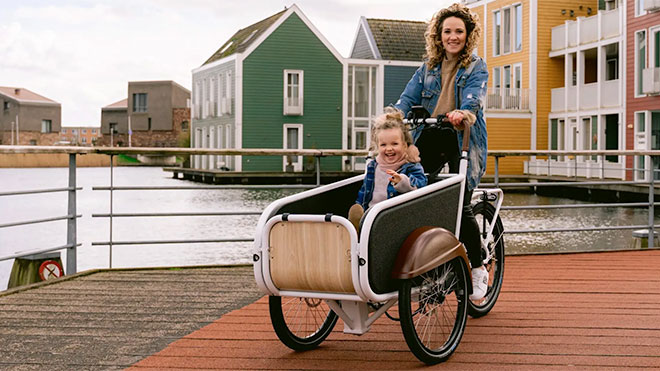 There are dozens of different models for every need in the electric bicycle market now. Among them, now to carry loads Bunch Coupe added.

Bunch Coupe electric bike As you can see, the model is a model prepared to carry loads on the front. Here, both standard packages, pets and small children can be transported easily. Your strength Bafang signed M400 field from the electric motor and here total 80 Nm tork offering bike, 720 Wh it is installed on the battery pack and using the pedal support with it 120 km range brings. The model, which is very good in this respect, looks very stylish and uses disc brakes. The bicycle, which is three-wheeled due to its structure, uses a hidden chain system. In this way, the chain is protected from dirt and at the same time, people’s clothes are not oiled. Giving information such as range and speed through a small display on the handlebar Bunch Coupe electric bike, It also has two seat belts in the front carrying section. This seems vital, especially for urban use and transport of children or pets.

Yes, there is a high demand for such bicycle models now. So how much is the price of this bike based abroad? The disclosed figure is approximately $ 5,100 is located at the level. This figure is normal for such a bike.

This is one of the models that came out recently.