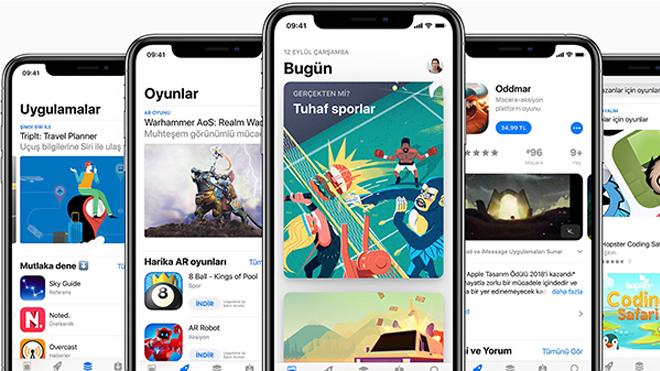 Technology giant Apple and Epic Games There is currently a legal battle between the two. Here is interesting information emerging from this war.

At the end of last year for those who do not know Epic Games Fortnite your game iOS and Android to versions Apple and Googleadded an alternative payment infrastructure to its established payment systems.

Epic Games has violated the market rules of both Apple and Google with this alternative infrastructure. So first Apple, then Google Removed Fortnite from official app markets.

Specifically Applewants developers to use their own payment systems for in-app purchases, while Epic Games 30 percent commission deduction because of that he opposes this process.

That’s why the giant game company Epic GamesHas sued Apple, and legal talks on this issue began recently. Both sides started making statements and sharing legal documents through their lawyers.

Confusing information comes in the battle of Apple and Epic Games

Through legal documents and statements, marketing moves and more are revealed, especially in the background of the game industry.

Since the process has not been finalized yet, it is not possible to speak precisely on any subject. However, noteworthy information is not absent.

For example, the millions of dollars Epic Games spent on free games at the risk of damaging in order to gain market share from Steam have made a big splash.

The company reports that the return is very good despite this risk. It is reported that Epic Games gave free games worth $ 17.5 billion. With special agreements, such a high number did not come out of the pocket of the company.

It is stated that Epic, for example, paid $ 11.6 million to give only 38 games for free in a 6-month period. It is stated that the company has gained 5 million new subscribers thanks to these.

In the legal process, many data related to Sony are also on the agenda. For example, it seems that the company does not approach the game process between platforms (PlayStation-based). It is even stated that the company wants an extra share through cross-platform support.

Of course in the process Apple There is also data about it. For example, the company has an answer to those who criticize the commission received from the App Store and those who want to escape from it. Technology giant openly “We manage the App Store and collect the revenue,” he says.

Apple also makes a key statement. Technology giant, “Epic Games wants us to be like Android, we don’t want it, and our users don’t want it either.” making the explanation.

Epic Games is asking Apple to allow external applications to be installed on their devices. Apple does not want to accept this and wants to keep everyone on the App Store. This means completely destroying the ecosystem that Apple has established.

Time will tell what more will emerge in the process. We are really curious about who will win the battle of Apple and Epic Games.

Meet one of the most special cars we’ve ever seen