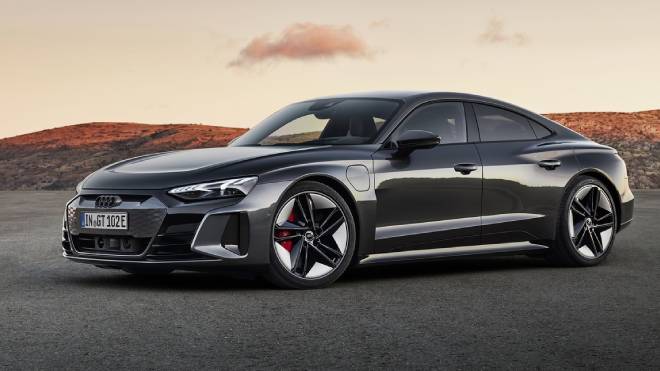 The Audi e-tron GT, which started to be sold in 27 different European countries at the same time, takes its place in the lists with two different versions.

The European adventure of the e-tron GT family, which Audi introduced in February and opened a new lane for itself in the electric car market, begins. The model family, which started the production process quickly, is offered for sale in 27 different European countries over two different versions. Including the RS version for those with high performance expectations, along with the standard e-tron GT, Audi aims to appeal to two different audiences in this way. With this simultaneous move, the prices of automobiles based in Germany also stand before us. According to the list, a price of 99,800 euros awaits those who want to head towards the entry level of the family. Together with the RS e-tron GT, this figure goes up to 138,000 euros.

Both versions of the e-tron GT family feature dual electric motor dynamics. With the difference here, as you can imagine, it is based on performance. At the entry level, 476 PS power and 639 Nm torque values ​​will be waiting for users. With the RS e-tron GT, the figures rise to much more serious levels, such as 598 PS power and 830 Nm torque. Quattro 4 × 4 comes standard with dual electric motors on all versions. With the combination of all the parts, the performance data are at the entry level, at a maximum speed of 0-100 and 245 km / h of 3.9 seconds. In the RS version, these values ​​are 0-100 and 255 km / h maximum speed of 3.1 seconds. Let’s not go without mentioning that the 0-100 value can recover up to 2.5 seconds with the “over-boost” feature offered. The range of the models is best given as 488 kilometers. The upcoming period will show how the e-tron GT, the most aerodynamic car in Audi history, will perform against its competitors in the market, especially the Taycan.