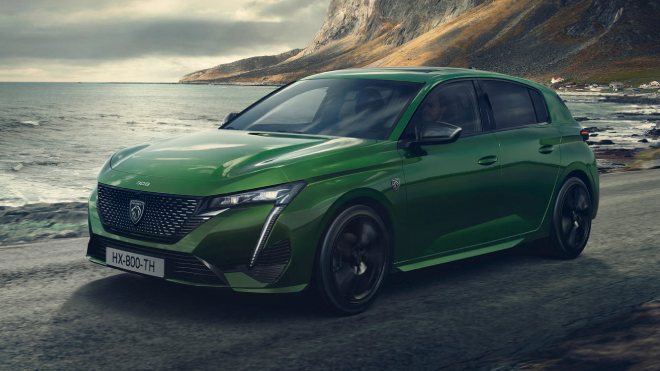 Raising the bar to a new point with the third generation dynamics it brings, the 2021 Peugeot 308 also rises in performance with its hybrid engines.

For the Peugeot 308, which left two generations behind in its adventure that started in 2008, the challenges will now continue with the third generation. The official presentation of the new generation, whose first details we shared with you hours ago, was finally realized. With its evolution according to the second generation, the new color options used for the 2021 Peugeot 308, which has as radical lines as the other members of the family, will also be among the important supporters of the new identity. Thanks to the 55 millimeters increased wheelbase of the car, which was developed on the EMP2 platform, especially the interior living space is made more spacious.

As well as the design of the renewed 308 family, the dimensions we have just outlined are of vital importance in the formation of this image. Among the points that have increased compared to the previous generation, the length division also draws attention. 110 millimeters longer and 20 millimeters lower, the design of the new 308 looks sportier while improving its aerodynamic performance. In the data announced, we see that the vehicle has a drag coefficient value of 0.28. Undoubtedly, the front grille is among the key points in the design of the third generation. This section, designed in a much larger form, is accompanied by the new brand logo and equally impressive lighting (LED Matrix). The LED lights designed in thin form at the rear are among the parts of the vehicle that have this impressive appearance.

The cockpit section has also been created with inspirations from other members of the family. In the new layout, which carries the lines and quality of the previous generation to a very serious level, the structure of the 10-inch multimedia screen is particularly remarkable. The driver display, located behind the steering wheel, will also be waiting for users with a size of 10 inches. In order to increase the sense of quality here, let’s not forget that new upholstery options such as Alcantara are also on the list. In the electronic hardware list of the renewed 308; There will be many cutting-edge parts such as adaptive cruise control with Stop & Go feature, lane keep assist, semi-autonomous lane change assist, reverse traffic assist, 360-degree parking assist and blind spot alert.

The family’s engine options are kept as rich as the equipment. Here, gasoline and diesel engines, especially rechargeable hybrids, await users. As we can guess at the top of the family, the hybrid combination is positioned. Peugeot has chosen to offer two different hybrid options here, including combinations of 150 and 180 hp gasoline engine with 110 hp electric motor. The fact that these versions, which will be combined with an 8-stage automatic transmission, offer a pure electric range of 60 kilometers, is among their successful values. The petrol engine entry level of the family will continue to feature the 1.2-liter three-cylinder PureTech. This engine, which comes in two versions with 110 and 130 hp, will be accompanied by a 1.5-liter unit that produces 130 horsepower in the diesel foot. In these engines, we will see a 6-stage manual gearbox besides EAT8. The new Peugeot 308 family will be available gradually from the second half of 2021.